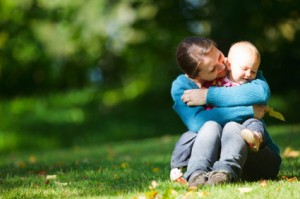 Child Custody can be a complicated trial for the two separated parties of a child. With patience and understanding, we here at Kallemeyn & Kallemeyn, PLLC are more than willing to break child custody rights down into understandable terms to accommodate every party’s individual situation.

“Legal custody” of a child has the right to regulate a child’s upbringing, including the child’s health care insurance, religious practices, and education. Make it a priority between you and your ex-wife or husband to not exclude one another from the decision-making process. When you exclude the other party involved, they can and will take you back to court. Avoid court because it is time consuming and expensive. If you find it impossible for you and your previous spouse to agree on legal custody, you can then file for Sole Custody.

“Sole Custody” of a child is when one parent can have sole physical custody or sole legal custody over a child. This procedure is determined by the court and generally will not be discouraged especially if one parent is ill-equipped to raise the child. For example if one parent is an alcoholic or abuses drugs. In this case, one parent is deemed to be the primary caretaker and the other parent has visitation rights. However, some states might discourage sole custody because it is important to have both parents present in the child’s life.

“Joint legal custody” may be joint legal custody or joint physical custody. This is when both parents live separately from one another and the child spends a significant amount of time between the two parents evenly. Joint custody arrangements can vary and include the child alternating living quarters, daily, weekly, monthly or yearly. Sometimes parents situate the child to maintain their stay at one house, while the two parents alternate living in the specific home with their child. With everything, there are pros and cons to joint custody because it can create animosity in the child toward their parents. Moving from place to place can be exhausting for the child as well as expensive for the parents to maintain two homes. If one parent claims they have spent more money on their child than the other parent, legal action can be made. In this case, keep record of your purchases by keeping receipts. Your judge will appreciate both parents keeping record of medical expenses, school and after school activities, grocery bills and everything in between.