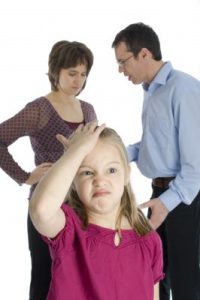 In many areas of divorce law, child custody seems as if it’s a battle. There seems to be a winner and a loser, a right and a wrong. It’s almost as if there is no chance for a grey area. While in some cases this may be true, it doesn’t always have to be. At Kallemeyn & Kallemeyn, we put our efforts into a child focused custody agreement and place the needs of the child at the forefront of the decision making process. If you are searching for child focused custody in Minnesota, consider calling Kallemeyn & Kallemeyn, PLLC.

What is Child Custody?

When a divorce or even a loss happens, it’s important to understand the ins and outs of child custody and legal guardianship. To have custody of a child means that you have a legal obligation to protect, care, and make decisions on their behalf. There are several different subgroups of child custody that can come into play. If you are in any type of custody battle or mediation, it’s important to understand the differences. These include:

● Legal Custody: This type of child custody means that you have the right to determine the child’s education, health, religious training, and general upbringing.
● Joint Legal Custody: This type of custody recognizes that both parents have equal rights and responsibilities to that child, including all of the aforementioned.
● Physical Custody and Residence: This custody means that you are in charge of their daily routine care and have precedence on where they live.
● Joint Physical Custody: Similar to joint legal custody, joint physical custody means that both parents have equal responsibilities and rights as to where the child lives.

One large piece that we focus on when assisting with a child focused custody is the present and the future. We cannot change the past for the child, but we can focus on the now and create a better and brighter path for their future. Not only are we at Kallemeyn & Kallemeyn, PLLC interested in creating the best custody plan for the children, but so is the Court system. Through our many years of experience and our knowledgeable expertise, we can help separated, divorced, and disgruntled families find custody agreements and parenting time plans that will ultimately aid the child through this difficult time and create a positive pathway for the future.

For more information about child focused custody and your most trusted Minnesota law firm, contact Kallemeyn & Kallemeyn, PLLC today at (763) 427-5131.