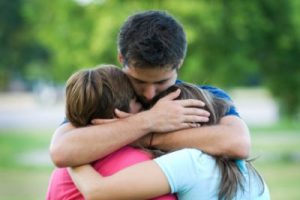 “Paternity” is defined as the “legal” father of a child. As the legal father, he is obliged to financially support that child until the child reaches adulthood at the age of eighteen. In some cases, the father may have to request a court appearance to schedule parenting time and custody of the child.

In the state of Minnesota, when the child is born and the father is present during the birth, it is at that time, both parents will have signed a Recognition of Parentage. Recognition of Parentage establishes paternity for the purposes of child support. Unless ordered by the Court, the father has no legal binding rights to that child. When a parenting plan is reached between the two parents, it is then in the hands of the Court until the agreement is apart of the Court order. During this time, the father does not have the right to parenting or custody of the child until paternity is established. Keep in mind, that during this time the father may be stricken of child support and the mother will have sole physical custody and sole legal custody of the child.

Is a paternity order from the court necessary?

In some cases, yes, paternity is determined by the court. For example, circumstances like, the mother is married to someone else while the child is born, one parent may not be willing to sign the Recognition of Parentage form, or there is more than one father claiming to be the parent of the child. In cases like these, the court will need evidence to determine the paternity. Evidence from the status of the two parents relationship and genetic testing can be used in court. You can look into genetic testing, however it is not mandatory to determine paternity of a child. If the two parents are married, it goes without saying the husband is the father of the child. If the two parents wish to change paternity,they must do so before the child turns three years old.

Here at Kallemeyn & Kallemeyn, PLLC, we have been working with constituents of paternity. Our attorneys will guide parents in deciding a child-focused custody. Your attorney will also guide you through the following: establishing spousal maintenance by making the arrangements fair and suitable for each parent. As well as helping you arrange, visitation, parenting, and custody rights of each parent. Determining paternity can be stressful but Kallemeyn & Kallemeyn, PLLC is here to help and answer every question you have, every step of the way.